Close X
Make an Enquiry
Make an Enquiry
Download a Brochure
Book a Test Drive
Value My Vehicle
Toyota Hybrid Cars Introducing the Toyota Hybrid Cars
We have offers across the range and we are here to help find the best offer for you. We can also tailor a finance solution for you and also organise your part exchange. Please contact us for more information on our great range of offers.

Driving a Toyota Hybrid is a lot simpler than you think. There are no cables, sockets or waiting around for it to charge. Just get in the drivers seat and take to the road.

There are many benefits in having a Toyota Self-Charging Hybrid vehicle including:

1. No Charging. The battery charges itself automatically. The only thing you'll need to remember is to fill up on petrol in the same way you would a regular car.

2. More money in your pocket. Different roads, traffic and driving styles all affect the amount you'll save but as you'll be paying less at the petrol pump you can expect a little more in your pocket.

4. Saves fuel. 1.2 billion litres have been saved compared to petrol cars of the same size.

Explore The All New Yaris > 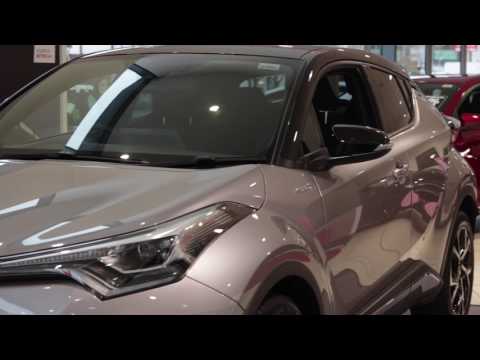 Visit us today to test drive a Toyota Hybrid car or for further information please contact us now.

Free & Fast Online Part Exchange Valuations Interested in selling or part-exchanging? Use our tool to find out what your vehicle is worth. Value Now
Toyota Hybrid Cars Your Next Steps
Send an Enquiry
Book a Test Drive
Download a Brochure
View All Offers
Trustpilot
Back to top
Company Info
Calls may be recorded for quality assurance and training purposes.

We do not charge fees for our Consumer Credit services. We may receive a payment(s) or other benefits from finance providers should you decide to enter into an agreement with them. The payment we receive may vary between finance providers and product types. The payment received does not impact the finance rate offered.

Visit us in person at our dealerships across the London area in Twickenham, Chiswick and Kingston, with an Aftersales Centre in Isleworth

Required cookies are essential to let you move around the website and use its features, such as accessing secure areas, shopping baskets and online billing. These cookies allow our website to provide services at your request.

Functionality cookies are used to remember the choices you make, e.g. your user name, log in details and language preferences. They also remember any customisations you make to the website to give you enhanced, more personal features.

Targeting cookies collect information about your browsing habits to deliver adverts which are more relevant to you and your interests. They also measure the effectiveness of advertising campaigns.

This site uses cookies and related technologies for site operation, analytics and third party advertising purposes as described in our Privacy and Data Processing Policy. You may choose to consent to our use of these technologies, or further manage your preferences. To opt-out of sharing with third parties information related to these technologies, select "Manage Settings" or submit a Do Not Sell My Personal Information request.